Jaliigirr Biodiversity alliance has been working with WWF Australia to protect and restore critical Koala habitat and improve connectivity in peri urban and degraded agricultural landscapes in the Coffs Harbour and Hydes Creek (just outside Bellingen) areas.

With fantastic support from WWF Australia and generous sponsorship from the Koala Sleep Company, Jaliigirr and its partners Bellinger Landcare Inc. and EnviTE Environment have been able to carry out habitat restoration and connectivity works in areas identified as priority habitat for Koala populations in the Coffs Harbour Region.

In addition, field events have been held and interpretive signage installed to aid community understanding of the threats to Koala populations. At the field days, demonstrations of the use of a specially trained “koala tracker dog” were given by Canines4Wildlife on locating the presence of Koalas. Jaliigirr will be including the use of the tracker dog in its monitoring program to better inform the success of Koala habitat restoration works.

Robert’s Hill forms part of an important vegetated corridor facilitating the movement of Koalas to and from key Koala habitat located within built up areas in Coffs Harbour, allowing the dispersal of the urban Koala population and maintenance of gene flow with adjacent populations in a highly fragmented landscape impacted significantly by urban development and agriculture.

Habitat restoration and corridor enhancement works aim to improve and expand Koala habitat and strengthen connectivity between the urban environment and adjacent forested areas, helping reduce the pressure and secure the future for at risk Koala populations in the area.

Sites and works areas in the Hydes Creek area have been selected to provide the greatest connectivity in Key linkage areas identified by the NSW Office of Environment and Heritage Koala habitat mapping and the Bellingen Koala Plan of management – helping to facilitate the movement of one of the most important Koala populations in NSW. 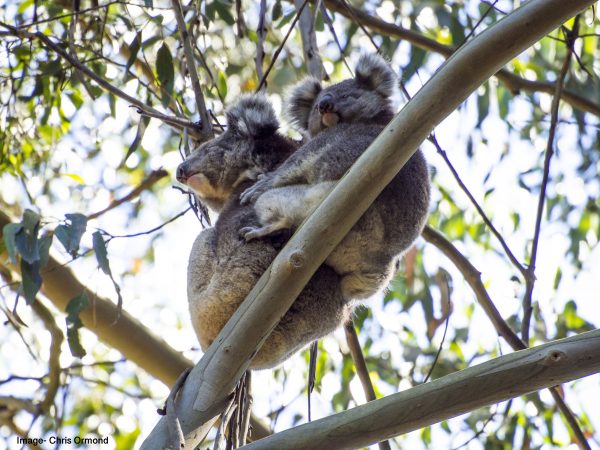